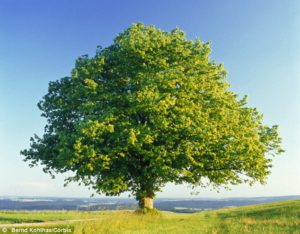 ‘Metamorphosis is the movement of transformation from who you are to what you can be, freeing your creativity’

We get a sense of the Metamorphic Technique by looking at how life expresses itself in nature. A little acorn can grow into a big oak tree or a caterpillar into a butterfly. What happens inside the cocoon of a caterpillar? The form of the caterpillar disappears into a jelly like substance which eventually gives rise to a new form, being a butterfly. In other words life simply expresses itself in a different form. However, as well as transformation expressing itself at the physical level, there is also the potential for it to occur at the emotional or consciousness level. In other words a ‘change of mind’ can also naturally occur whereby we suddenly find ourselves in a much more fulfilling relationship with our life and the world at large.
What happens in a session?
The practitioner uses a light touch on the feet, hands and head, while at the same time , paying attention to not impose their beliefs or limited understanding on the person receiving the session. In this regard, the founder, Gaston Saint-Pierre, defines the Metamorphic Technique as simply being a practice of detachment, which means providing the person receiving the session with an environment free from direction, interference and preconceived ideas.
The practitioners have absolutely no expectations of there being any right or wrong way for people to feel or behave either during or after a session.
Benefits people report.
The Metamorphic Technique is suitable for everyone, regardless of age, circumstance or condition of your life.
Practitioners make no claims for the Technique. It is a fact that many people who have sessions have reported an array of different benefits. For example a number of people talk about improvements in their physical health. From a mental and emotional perspective people have reported letting go of past hurts and self limiting beliefs. People also mention discovering strengths that they were not even aware they had.
From a social perspective people have reported an increasing ability to be more of who they truly are rather than how others think they should be.
History
Gaston Saint-Pier founded the Metamorphic Technique in the late 1970’s. He had long held a passionate interest in the question of transformation. When he encountered the Prenatal Therapy work of Robert St.John, this proved to be the final trigger to the emergence of the practice he named the Metamorphic Technique. He founded the Metamorphic Association in 1979 and it became a registered educational charity in 1984.

Powered by Precept IT